Oh what fun we had - Auckland Writers and Readers Festival.

At least, Paula and I had fun; so did Dorothy. But I think the audience enjoyed it too, as reported by Christchurch City Libraries and Bookman Beattie. As for the question about being 'Team Bronte' or 'Team Austen', what I should have said (and only thought of it afterwards, as is usually the case with these things), is that despite Magpie Hall seeming to be an homage to all things Bronte, it also owes an awful lot to that wonderful Jane Austen novel Northanger Abbey. Not only did I name the book after the house in which it is set, Magpie Hall also features a young woman who is so immersed in the world of gothic novels they start to colour her vision of the real world around her. If you haven't read Northanger Abbey, please do.

It is a horrible misfortune that the one year I get a free pass to everything, I could only stay in Auckland for 24 hours, and I had a sick baby with me, so caught very little. Alison Wong and Graham Beattie had a lovely soothing chat to an appreciative crowd (with the prize for the most bizarre and possibly inane question I've heard at a festival: 'Is it customary for Chinese New Zealanders to refer to Europeans as "Pakeha"' - wtf?). And the highlight of the Saturday evening session with William Dalrymple was the kind lady who leaned over and asked me, probably because I was sitting alone near the front, if William Dalrymple was my husband.

From what I saw of it, I have to congratulate the team at the festival once again for another great one, and also for making their authors feel extremely well prepared and cared for, even with such outrageous demands as my own. Next time I have a book out there will be no more babies and I will go to every session and every party and wear lipstick and high heels every day.
Posted by Rachael King at 7:03 pm 7 comments:

Off to the Auckland festival!

It's fair to say that real life has thoroughly got in the way of the writing life of late, hence my absence from the blogosphere and all things writing-related. However, I am happy to say the drought will be broken this weekend when I appear at the Auckland Writers & Readers Festival.
I love the Auckland festival. I attend every year, whether I'm participating or not (the last time I appeared was 2007). It's a chance to see some great local and international authors and it's also a great social time, where I can catch up with many friends from all over the country without having to make any appointments at all - we just bump into each other at the Aotea Centre or one of the associated parties. I usually fly up alone and stay at a nearby hotel and get to have some 'me' time.
This year, despite being there in my author capacity, it'll be a more subdued affair for me - in on Friday, out on Saturday - with too much of the aforementioned real life preventing me from hanging out and relaxing. But I am very much looking forward to my session: Saturday at 11.30 am in the Upper NZI Room at the Aotea Centre, alongside my good friend Paula Morris and a very able chairperson, Dorothy Vinnicombe, who always reads the books carefully and asks great questions. Come along - and guess what? It's FREE! So what have you got to lose? Paula is always excellent value - sharp and very funny. I'll try my best to match her. 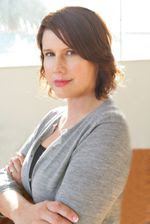 More details can be found here. See you there!
Posted by Rachael King at 12:24 am 3 comments: