It hasn't been the best week or so for writing. Son was sick at the beginning of last week, which meant we had to put off our planned trip to Dunedin until he was better. Which luckily didn't take too long - we drove down on Wednesday and back on Friday night. I had a dance workshop on Saturday which might have been where I picked up the illness that struck me down on Sunday night and has only started to come right this morning after lots of sleeping and generally lying around feeling sorry for myself.

So not much writing, but I plan to make amends in spectacular fashion this afternoon. Had a great time in Dunedin. I hadn't been there for nine years and as soon as I drove into town I remembered how much I love it. Something about the Gothic quality of light and the buildings and the way its history has been preserved in the inner city. I spent a lot of time in Dunedin in my youth, when I played in bands, regularly touring there and even living there for a short time when I played in the 3Ds. Then, I thought it was a magical place, full of ancient wisdom, and certainly there was something there that produced all that great music.

I even liked visiting in the middle of winter, staying with people who usually had nothing more than a two-bar heater to huddle around for warmth. We had many a party with blankets over our knees and we wore all our clothes to bed. It was just what we did. I think people must be softer these days with their fancy heating and wanting to walk around their houses without their coats and hats on.

The first time I drove out to the Otago Peninsula I loved looking at all the drystone walls - they seemed a direct connection to the Scotland the Dunedin settlers had left behind. But this time I didn't see any - perhaps they have finally fallen down and been replaced by wire fences; or perhaps we didn't explore enough.

We were very kindly accommodated by fellow author and blogger Vanda Symon. She and her family made us feel wonderfully welcome and relaxed, and, as she mentions on Overkill, we even had a bloggy lunch, with Tania Roxborough and Paradoxical Cat. So, while I wasn't writing, at least my brain was being stimulated. I am slightly in awe (and a little suspicious - kidding Tania!) of Tania, who wrote her latest novel, which is 120,000 words long, in approximately two months.
The highlight of the trip for me was the Otago Museum. We only visited two exhibits - the butterfly house (which I wish had been there when I was researching The Sound of Butterflies) and the Animal Attic. The latter is a replica of the original museum with its wondrous collection of 19th century taxidermy and natural curiosities, which was wonderful for research for my current novel. 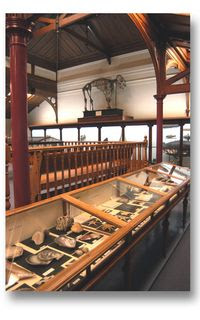 We decided to take the scenic route back to Christchurch and got lost not once but twice, and since it was 5pm when we left, we were driving around the hills when it was dark, so we didn't even have the benefit of any scene from our scenic detour in the end.

The upside of being sick was that I caught up on some long overdue reading and in three days read Mary McCallum's The Blue and Sarah Laing's Dead People's Music, both of which I highly recommend. No time now to go into great detail - a hungry novel awaits.
Posted by Rachael King at 2:40 pm 5 comments:

The hare and the tortoise.

I was having a conversation with a novelist friend of mine the other day who mentioned that she is unhappy with how her novel has turned out despite numerous rewrites. She (and her publisher) have given herself three months to give it a final go to get it right. I also have a deadline which is a little over three months away, and it seems that our novels will be hitting the public at about the same time ("Let's feud!" she said).

Feuding aside, it got me thinking about just how different each writer's process is but how we all eventually get there in the end. This novelist and I both started our novels at around the same time. In fact I started a novel that I have since abandoned. Everything seemed to be going so well for her with it and I confess I felt a little jealous. She has always been so disciplined and always seemed to enjoy the first draft process. She was very much of the "just write 1000 words a day and you have a draft in three months" school, whereas I have always aimed for 1000 words a day and failed miserably.

It doesn't matter how many words I write, it seems it takes as long as it takes and I can either work it out on the page and write copious amounts of words, or I can write fewer words and work it out in my head. At the moment I have two and a half days to write, plus another couple of hours on Wednesday afternoons when the toddler is at my mother's house and I sneak off to her local library.

(Aside: sometimes those two hours are as, if not more, productive than the full days I have. I usually just put my head down and write in a stream of consciousness fever, then the next day go back and either find 700 words of rubbish or 700 gems.)

I can't help but wonder whether, if I had more time to write, the book would get written quicker. I suspect not. I think it's just going to take as long as it takes for the words to ripen and fall onto the page - if I were to force them out at 1000 words per day, seven days per week, I would inevitably end up throwing many of those words away. This way, it's like a steady drip, and by a designated date (hopefully within my deadline), the bucket of the novel will be full. To carry on the metaphor, if I were to pour great gushes into the bucket, I would inevitably end up spilling half of it on the floor.

What can I say? I am the tortoise, at first jealous of the hare's lightning pace and quick mind, but ultimately I think we will get there at the same time.
Posted by Rachael King at 2:38 pm 14 comments:

The joys of self-employment.

One of the things that I have noticed about self-employment is that, while I get to work my own hours, it also means that public holidays often don't mean a thing except perhaps a mild inconvenience. Case in point: my son's creche is closed today through Tuesday. Friday and Tuesday are my two full writing days in the week, with one half day on Thursday. I know I should just relax and use the time to spend with my family, but I have a deadline and a momentum to keep up.

Luckily for me, husband has taken son away for a few hours. Unluckily for me, who finds it impossible to work at home because of the mountains of housework beckoning, the libraries are all shut today. Luckily, I can always work in a cafe. Unluckily, they are very busy and everything costs 15% more due to the public holiday surcharge. (Incidentally, when I worked in hospitality, before the Employment Contracts Act, we used to get paid extra on weekends and public holidays, but the restaurants and cafes sucked up the extra. Why? Because take a look around: businesses boom on those days. They easily used to make enough extra money to cover the extra wages. I resent places charging me for them to pay their staff fairly when they are pulling in extra anyway.)

For some reason Christchurch cafes seem to more expensive than elsewhere. We long ago stopped going out for weekend brunch when it ended up costing us $50+ for a modest breakfast for two and a fluffy/muffin combo for toddler - add 15% on top of that and there goes our week's food budget. At first I thought it was just the state of everything, food costing more etc, but a return to Wellington proved it was otherwise. It's just Christchurch. Who knows why?

And of course when you are at home with children, it's hard work whether it's a normal day or a holiday. Same with when you're a writer with a deadline.

However, I shall be indulging in more than the usual amount of chocolate and taking the weekend off work.
Posted by Rachael King at 3:47 pm 11 comments: