Keep Calm and Carry On.

In true 'Keep calm and carry on' fashion, I am pleased to say that The Press Christchurch Writers Festival will continue this week despite the huge earthquake in Christchurch on Saturday morning. Please come if you are able - it will need your support and we all need cheering up.
And it was huge. I know because I was there. I am composing a post about it, but it may take a few days. In the meantime I leave you with a picture of our favourite chair, which we bought from one of our favourite shops in Christchurch, The Painted Room. Which unfortunately now looks like this. Get well soon, Painted Room and all those other places and people badly affected. 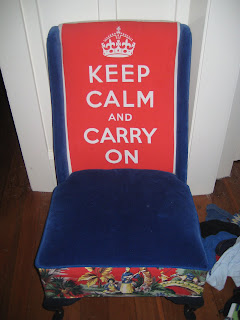 Roll Up, Roll Up. 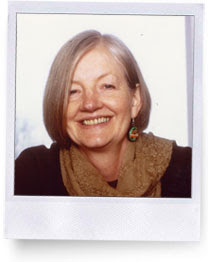 Sorry for the late notice, but The Press Christchurch Writers Festival kicks off next week and I should probably let you know that I will be appearing. The session is entitled Good Stories and I'll be sharing the stage with one of my lifelong favourite authors, Barbara Trapido.
Trapido first came to my attention when I read a book called Juggling in the mid-90s, given to me by my late father. He showed me her picture and said something along the lines of "Isn't she lovely? Don't you just want to read everything she's written?" And so I did. After Juggling (which I managed to sell to everyone who walked in the door of the London bookshop I was working in at the time) I moved on to her first and perhaps best known book (or so I have been told) Brother of the More Famous Jack, which I can't remember much about now except that it featured her trademark warm, interesting and vibrant characters and complicated relationships. From there I worked my way through her oeuvre and loved them all (although Temples of Delight perhaps a little less then the others).
So imagine my delight at being put next to her and asked to converse while people watch.
The other author joining us is Kirsten Reed, and I have just started her book Ice Age, which is very short with large type, and has captured me with its writing style. Looking forward to meeting her as well.
Now, if the thought of me and Barbara and Kirsten banging on about the power of stories "in this challenging and uncertain post-911 world" (what???) doesn't excite you, there is plenty of good stuff at the festival to push all your buttons. And of course, lots of parties. Have I mentioned I like parties? Really, they're the only reason I go to these festivals.
Posted by Rachael King at 5:13 pm 1 comment: