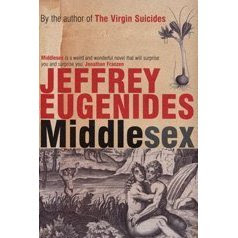 For obvious reasons, I have been thinking about first lines and beginnings of novels a lot lately, trying to choose which approach to take and experimenting with different kinds of beginnings.

How many novel start with arrivals, alarm clocks, hang-overs, descriptions of the weather? The Sound of Butterflies originally began with an arrival at a train station; my new novel at the moment begins with an arrival at a house. The challenge is how to make it different from every other arrival. This beginning is by no means set in stone - I have many other forms to try out before I settle on one, and it probably won't be truly written until the novel is finished. It was only at the last minute that I changed the beginning of TSOB, as if only when I knew what the completed novel was going to be could I know the best way to begin. Now it starts: "Nothing in the letter suggests to Sophie that her husband will arrive home a different man." Rather than starting with a (not very active) action scene, with Sophie standing on the platform, thinking whimsical thoughts about spring flowers while she waits for Thomas, I went for the first line that drops you into the heart of the matter and asks you to read on. What letter? How is he different?

Often it is an atmosphere that we are trying to evoke in the first lines, but I think that can be as much about getting the writer into the book as getting the reader, and once the writer is off and away with the story, it can then be changed. Ditto it might be about establishing the voice of the narrator or the main character.

There is the arresting first line approach, where you shock a reader into reading on ("The same week our fowls were stolen, Daphne Moran had her throat cut"). There is the action scene that starts the story in the here and now. There is the general backstory kind of beginning. A lot of it depends on the point of view the author has chosen to tell the story in: first person can add the confessional beginning, a few words about who the narrator is and why they think their story is important to tell. An omniscient narrator can comment about the characters' situation, the place they live etc and set the scene for the events to follow.

While I was writing TSOB, I picked up Jeffrey Eugenides' Middlesex (one of my all time favourites) and read the first line: "I was born twice: first, as a baby girl, on a remarkably smogless Detroit day in January of 1960; and then again, as a teenage boy in an emergency room near Peteoskey, Michigan, in August of 1974." Because the grass is always greener, it made me yearn to be writing a first person narrative, and I decided then and there that my next book would be told in the first person (which it is, well half of it anyway). The way I saw it, it gives you much more freedom than the third person limited that I had chosen to write TSOB in, but of course it has its own problems, which no doubt I will discuss at a later date when I'm having trouble with it.

So while I've been thinking about the beginning a lot, I do know that there is no pressure to get it right immediately, which is worthwhile thinking about when starting out with a new novel. I recommend starting it ten times, in different ways. Have fun with it. You never know how it might turn out, and you'll probably go back and change it at the end anyway.
Posted by Rachael King at 6:06 pm

First lines, first lines... I had the first line for The Blue down from the very beginning and couldn't change it. It was like a mantra, a call to prayer, a note at the start of a symphony. It settled the world down and made it listen. To change it would have diverted the book from its course somehow, brought bad luck even ... silly I know but writers are a superstitious lot. Here it is:
'It was the start of the day and the calling of the chickens.' I'm not someone who normally works chronologically, but The Blue had to start at the s t a r t of the day, no question, and be with Lilian and her chickens. End of story.
Thanks for another thought-provoking post, Rachael. I appreciate the way you share your writer's insights so generously.

This post reminds me of something Phil Mann told me during our meeting. He said he tried out many different beginnings for one of his novels and eventually all the little scenes ended up in the book. It's an interesting experiment - I'm mucking around with the beginning of my play at the moment starting it later. It has solved some problems and thrown up new ones, but it is all about testing that story! Thanks for reminding me that experimenting can be fun :-)

Yes, it is only at the end of the road does one know where one started!

I always have found first person an easier ride, a clearer view into the head of the characters - so much so, I think after the "Yellow pages" sized novel of now, I shall go back and first person my other novel ( which alternates b/w first and third)

There is a lot of weight to that first line, however i have found that if I think too much about it, then the second and third take too long to come tumbling out.

A writer friend had the rule of - always enter a scene late and leave it early, which I have found useful - especially with the first chapter, most of the time, once getting to the end, I have pruned that first chapter until it is a mere twig, a bud, as you say the heart of the matter